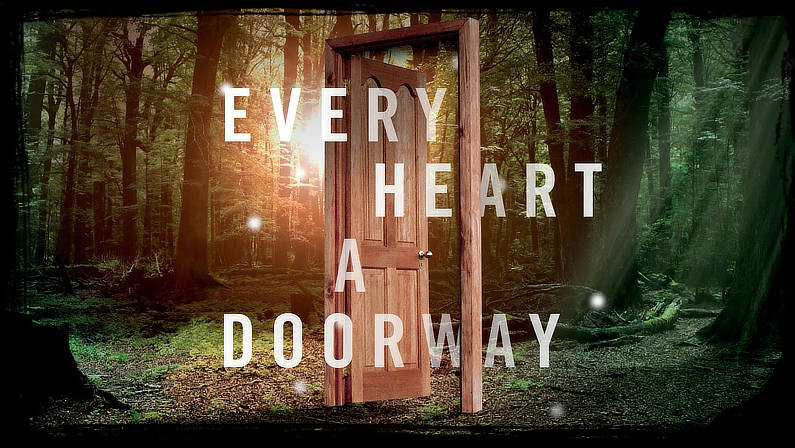 Every Heart A Doorway

Every Heart a Doorway by Seanan McGuire is a delicious novella that explores what comes after children return from fantasy worlds. The Alices here are never quite right after tripping down rabbit holes. Some refuse to dive back into their dreary lives. Most seek doorways to return like addicts in search of their next hit.

Inevitably parents ship off their little crazies to Eleanor West’s Home for Wayward Children, a boarding school for lost souls. That’s what happened to Nancy after she returned from the Land of the Dead.

No, it’s not the horror show you’d expect. It was a place Nancy was always meant to be, a world of logic and rules, a peaceful underworld where she embraced all of the stillness and calm that the afterlife demanded. Her problems started when the Lord of the Dead, who wanted to be sure of her commitment, sent her back to the living.

It’s the speed of life, the brightness of the “real” world that Nancy has difficulty adjusting to. Sumi, her charismatic new roommate, spent time somewhere very different, a high nonsense world. Perhaps that’s why she is enamored with alliteration and just won’t shut up.

Shell shocked by the routine of school, Nancy gets swept along to group therapy and through everyday classes. It isn’t until the murders start that she finds her footing in her new school.

The cast of misfit characters—including a twisted version of Jack and Jill—jump off the page fully realized as do the fantastical worlds described by McGuire in vivid strokes. The prose, tempo and tone were all a wonder. Yet this was a tough book to rate. I loved it but wanted more and felt ushered away too soon by the ending.

It’s a good thing there are more books in the series because I’ll definitely be returning. I’d recommend this to readers looking for something different in their fantasy and doubly so for fans of Neil Gaiman.