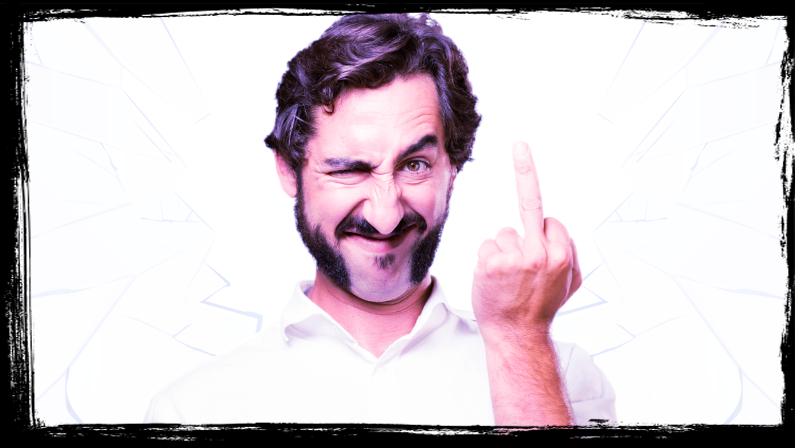 It was clear in 2016 that dissatisfaction with the political establishment was a powerful force in the Democratic nomination process and that bore out in the general election of Donald Trump.

The media has largely ignored the context behind this populist outrage. Worse, desperate candidates have seized on this anger, misrepresenting it for political gain, deepening wounds that haven’t healed from the bitter identity politics of 2016.

Yes, I’m talking about the dangerous and irresponsible narrative of “Bernie Bros,” a smear meant to erase the diverse support behind the current Democratic frontrunner Bernie Sanders. The phrase dates back to 2016 when surrogates for his opponent were trying to paint Bernie’s support as solely white and male. Results this election cycle have shown that is simply not true, yet the term is broadly used to refer to Bernie supporters, not just the trolls behaving badly.

Beyond the fact that the phrase is implicitly biased—both racist and sexist—as a political strategy it is pure folly to alienate a staunch progressive base that has rallied behind Sanders by calling them names. We need to stop conflating bad behavior on Twitter with political support.

The truth is Bernie Sanders didn’t radicalize his followers.

People follow Bernie because they are pissed at the Democratic establishment for ignoring the issues and values of the political left in favor of the corporatism. The anger we’re seeing is a byproduct of decades of class warfare that has trapped voters in a two party system that refuses to represent the working class.

If we disregard and dismiss populist sentiment as the DNC did in 2016, two things will surely happen:

#1 – Voter turnout drops not just in November but for a decade to come as a generation of voters ready to embrace reform will disengage. This disaffection is doubly true at the intersection of class and race.

#2 – We hand that populist anger to Donald Trump to do with as he will. We’ve seen that play out in 2016. Righteous anger turns to blind hatred. Racism, sexism, homophobia and fear of others will be the whips Trump uses to channel that anger.

It is no exaggeration to say that we risk shattering the Democratic coalition through this continuing folly. By upsetting the nomination process with a brokered convention that seeks to undermine the people’s will, we court disaster. Based on recent polling, it may not come to that but it’s an ugly possibility that we need to reconcile.

I’m not sure the establishment cares about consequences at this point. They love running against Trump and seem desperate to defeat Bernie at any cost. But you should care deeply because outside of the party elites, we’ll all be living with the consequences of failed resistance to a wildly unpopular president in a second term.

If Trump gets re-elected, imagine how bad the next president will be as we take another step down the road to authoritarianism. The GOP has completely abandoned all pretense to the rule of law. But make no mistake, there are plenty of Republican voters as sick of their party and looking for a real alternative in this broken duopoly. The GOP has exposed itself through its embrace of corruption.

Populism is a sword that cuts both ways. Abuse it through demagoguery and watch the blade swing the other way.

I’m not arguing “Blue No Matter Who” here, and I’m certainly not saying pander to the right to win votes. I’m saying wake the fuck up and start listening to what people are saying on the issues. Finding consensus is where our salvation lies. The Democratic nominee—and ultimately our next president—need to reflect those universal issues if we’ve ever to wake up from this Trumpian nightmare.