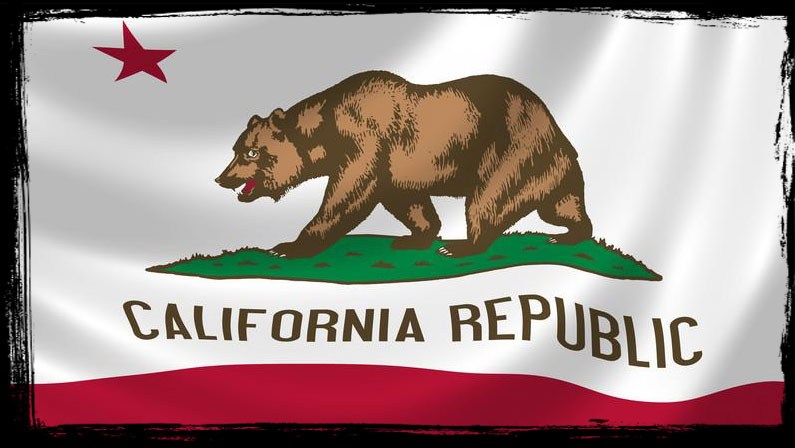 I take politics seriously but I don’t think I’ve ever been this focused going into a primary.  Since I’ve been working my way through the deep ballot, I figured I’d share my input on the candidates and measures we’ll be voting for Tuesday June 5 in the California primary.

Have an opinion on anything here?  I’d be glad to hear it.

This one is a no brainer for me.  Alison Hartson is everything I want in a progressive candidate, both on the issues and in her organizational ability.  Before she headed WolfPac, a national nonprofit whose goal is to get money out of politics, she spent 10 years as a teacher.

I can’t in good conscience vote for Dianne Feinstein, a neoliberal who represents the wealth and power that have distorted the values of the Democratic Party.

A lot of Democrats look up to our senior Senator for flawed reasons.  Yes, she holds an important position on the Senate Intelligence committee.  She’s also squandered great opportunity to resist the current administration and furthered separated our democracy from the will of the people through her dogged support of the intelligence community.

The outright lies Feinstein told in the wake of Edward Snowden’s revelations that the NSA was spying on American citizens was a permanent dealbreaker for me.  I’ve been waiting for an opportunity to vote Feinstein out of office ever since.

Kevin de Leon had my attention for a moment, but failed to take the opportunity to advance healthcare in California.  When you look deeper that makes sense because he calls himself a progressive but takes money from PACs.

An interesting note, Hartson came to my attention while de Leon and Feinstein were vying for the Democratic Party endorsement because she outraised both opponents through grassroots donations despite being regularly ignored in the polls and by the mainstream media.

If you’re going to listen to me on one vote this year, make it Hartson for Senate.

Gavin Newsom is polling with twice the support of any other candidate, and for the most part is politically tuned to the issues that are important to me.  But for the life of me I cannot understand why he believes fracking needs to be studied and not banned immediately.  Anyone who understands climate change and the water concerns of the state shouldn’t be hedging here.

Ultimately, Newsom is a political climber and he’s surely aiming for higher office than governor.  He’s not perfect, but he’s progressive enough to earn my respect…and perhaps beyond some issues with campaign donations.

On the other hand, I love the qualifications Delaine Eastin brings to the table.  She has an impeccable record in education and in the state Assembly.  I am strongly considering a vote for her despite polling numbers, and I think she deserves your consideration as well.  I’d certainly rather see her as a choice in the general election than John Cox.  We need to continue to push candidates like Newsom to the left through internal challenge.

The only knock I’ve read on Eastin is from the SJ Mercury News.  They stated that her ardent support of rent control doesn’t take into account what those policies would do to housing supply, which I think might be a valid argument.

Jeff Bleich is uniquely qualified in all facets of the office.  He’s well respected for his service as senior advisor to President Obama.  He served as an ambassador to Australia.  He’s also led the Cal State University and State Bar Boards.  It’s important to recognize that the Lt. Governor sits on the board for the UC and CSU as well as other state commissions.

Again, it’s important to recognize what the office does.  Secretary of State, of course, deals with election matters and Alex Padilla continues to do go work registering voters and promoting democratic participation.  The only thing more I’d be looking for is ranked choice voting but I’m not sure the Secretary of State has much sway in that.  We need to look to the legislature or a ballot referendum.

The Controller pays the bills for the state and sits on a massive number of boards and commissions.  There’s no reasonable challenger to the incumbent Betty Yee.

Policy advisor to Jerry Brown and Hillary Clinton.  Progressive who isn’t taking any money from PACs.  Well versed in the issues

Jones is a rare candidate who has impeccable qualifications and support from all quarters.  I can’t remember hearing a single criticism of him as he’s been a great advocate for the people of California.

Poizner previously served in this position and was unseated by an excellent candidate in Dave Jones.  He’s done a good job in the position before, and the Insurance Commissioner is a powerful position in CA.

Desaulnier is active in his district on the issues.  Off the top of my head, I can’t even count how many open meetings his office has invited me to as a constituent this year.  I have an issue with his silence on Israeli violence against Palestine but otherwise he checks all of the boxes.  I know nothing of his opponents.

Baker is an independent voice in a party that is increasingly pushing insanity.  Her opponent has lied and distorted Baker’s record on women’s reproductive rights and gun control.  Baker has a 100% rating from Planned Parenthood.  She’s voted 29 times in favor of gun control measures.

Board of Equalization, District 2: Malia Cohen

The Board of Equalization is responsible for tax administration and fee collection.  Malia Cohen has proven to be an advocate of the people leading the charge against soda and tobacco companies

I don’t support charter schools.  Politically they erode the quality of our public school system by theft of funding.  The leading candidates here are both democrats, but one advocates for parental choice of schools and is receiving money from charter schools.  I generally trust the SJ Mercury News for endorsements but definitely not here.

Tony Thurmond is a social worker who has served on the City Council, School Board, and State Assembly.  He has my vote.

Bond to protect natural resource and protect against natural disasters that are plaguing the state with climate change.

Requires money collected from fuel taxes and vehicle fees be spent on transportation.

This is an oil industry backed initiative.

Sets an effective date for ballot measures after vote has been certified.   No retroactive enactment.

Raises bridge tolls to fund projects to alleviate traffic congestion around the Bay Area.  I’m still reading up on the issue and haven’t formed an opinion yet.  Mark Desaulnier wrote an opinion piece in the SJ Mercury News that’s worth a read.

Seeks voter approval for Lafayette Deer Hill project of 44 single family homes.  The land developer has agreed to set aside 50% of the land for trails and parks.  The plan would put a parking lot and multi-use field near Acalanes High School. The city negotiated this compromise and I believe a legal argument against the development forced it to a vote.

The original plan was for a 315 unit apartment complex, which zoning allows.  So voting NO on this could mean more aggressive development.  I don’t like the negative messaging and scare tactics I’ve seen aimed at the measure locally so I’m leaning towards a YES but haven’t committed to that yet.