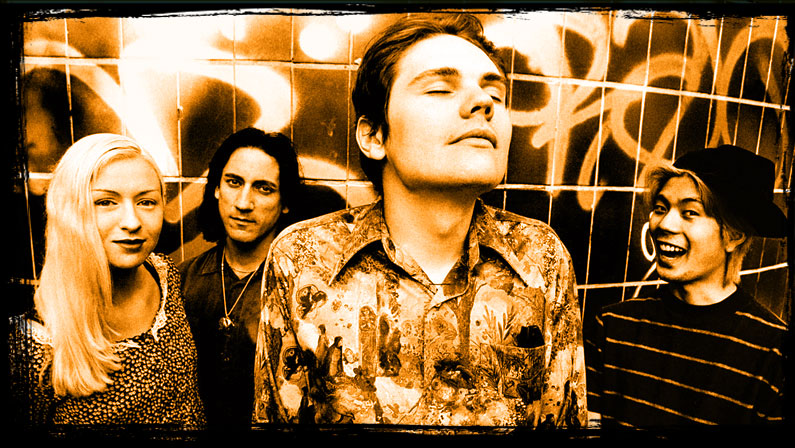 In the early nineties, I opened a funky little bookshop in Chicago. While the store was corporately owned, the staff never stood for any of that. We were irreverent in everything we did, but we rocked hard and cashed in results for the company.

After a year, sales were up 35%. We were the smaller of the Lincoln Park stores weighing in at a meager 12,500 square feet. Somehow we managed to cannibalize sales from our sister store on Diversey and from their direct competition as well. For that reason, the regional office mostly left us alone, which was of course a recipe for good times.

We knew our shit and thumbed our noses at nonsensical policy as often as we could get away with.

The company dress code, for example, demanded our male employees wear a shirt and tie. Female employees had a different set of rules (sweater or blouse, skirt only with stockings, etc). It made no sense paying workers near minimum wage while expecting them to dress upscale. Worse were the hideous teal smocks forced on us. The combined dress code felt demeaning.

It was unbearably hot in our stockroom during the summer months. We were in a freestanding building with exposed brick walls that trapped heat like a sauna. When my receiving clerk Stephen hit the sales floor, he threw on a tie over the undershirt (that I suspect) he wore every single day. No one ever said the shirt had to be collared, right?

Another staffer wore a uniform from his second job at a gas station. That was Ed. He sported a goatee that made him look like Jim “The Anvil” Neidhart, the wrestler. Considering Ed used to military press library carts in the back room, the comparison is all-too-apt. I hired him because he was intimidating as fuck on the night shift. No one messed with our closing crew. Sometimes Ed took his rage out on the inflatable punching clown we kept in the sort room, but he was a good egg and always replaced the ones he popped.

When we sorted the store at Clybourne and Sheffield prior to grand opening, we jammed to a righteous mix of late 80s, early 90s alt-rock. From the beginning, music was the glue that held our staff together. But it wasn’t just our staff working in the building then.

I remember the day we sent a visiting District Manager screaming. There was only so much dissonance she could handle and cranking up Trompe Le Monde AGAIN was the last straw. The torment wasn’t undeserved, of course. My staff didn’t much like the public display she made of forcing me to put shoes on when I was sitting in the remainder stacks reviewing job applications after the end of a 12 hour day. What a liability that presented!

To this day, I still hold that rag tag team of losers and miscreants close to my heart. They had my back and I had theirs.

Emmett, my supervisor in charge of magazines, used to answer the phone “Super Clown on Sheffield.” He promised no one would ever catch onto his rapid fire greeting. Not even our regional office figured out what he was actually saying when they called every week.

Emmett’s name was actually Michael. We had 4 on staff and not a single one of the Mikes went by his given name.

Emmett hung a collage of monkeys over my desk, a corporate totem pole set as a reminder of our (or maybe my) place in the book world. As an encore, he slowly added magazine clippings of Joey Lawrence to a mural he dubbed “The Wall of Whoa.” I’m not even going to get into the open copies of Honcho he left on my desk…

He was a offbeat guy but his musical pedigree was spot on. I owe him a debt for refining my musical tastes. Maybe someday I’ll share with you his bathroom encounter at the Double Door with Reverend Horton Heat…

All of these eccentricities may seem at odds with the moneyed crowd that shopped at the Whole Foods across the street, which was brand new at the time, but our tribe resonated deeply with neighborhoods like Wicker Park and Bucktown. That was where a lot of our staff lived. We weren’t all dudes btw, despite what the impression these frathouse anecdotes might lead you to believe.

In the early 90s, the alt-rock scene in Chicago was blowing up. Several musicians of note lived in the area. No visit was more thrilling than when the Smashing Pumpkins dropped in.

James Iha, with Billy Corgan in tow, came in one night looking for books on single malt whiskey. Corgan set off to browse books on Russian history. I only heard about the encounter afterward, and I was bummed I didn’t work that night. I obviously would have embarrassed myself. Gish, Siamese Dream, and even the B-sides album Pisces Iscariot were in heavy rotation in our stockroom (i.e. my office).

I mention all of this because I’m trying to get back to the “give no fucks” ethic of that store as I venture out to publish my book all these years later.

When I left retail books in 2009, I felt damaged by two decades of experience. The corporate yolk got heavier with time and increased responsibility. Ultimately, I felt betrayed by a company (Borders this time) that sold its soul piecemeal to Wall Street. I’ll never get back the years of my life I’d invested, but I did take a lot of inspiration from the people I worked with and the customers I served.

When I began writing actively again, it struck me how much the corporate status quo had been bleeding me dry. That’s why the novel that came out of me was so deeply rooted in counter culture. In many ways, the book was me flipping the bird at an institution that was holding me back.

Tonight I was listening to Siamese Dream. When “Mayonnaise” queued, it was like a time warp back to those early days. Alt-rock inspired us in our daily grind. It inspired me writing my book. Look no further than the text for proof of that? The fictional band is named “Space Boy” after all.