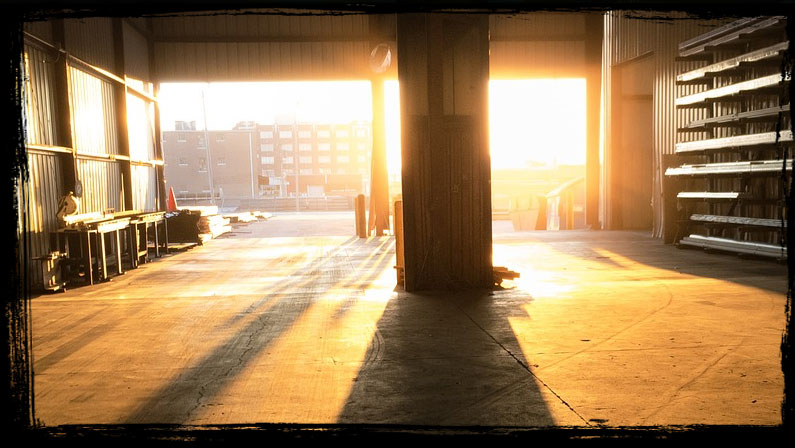 If there was one section of the book I agonized over, it had to be the prologue. It’s not that the scenes there were difficult to write; it’s more that I kept circling back to the first few paragraphs to refine them. I thought it was taking a little too long to establish mood and setting.

So much depends on the opening of a novel, especially in the query process when you send out letters and partial manuscripts to agents and editors. It’s never as direct as the first frames of a movie or the leading panels of a comic. An author gets very little time to establish a scene and earn the reader’s investment. Maybe that means 10 pages. Maybe only a few paragraphs.

Because of the nature of my story, I had a lot to establish. It was a shitty night to be out on patrol. The alarm call came near end of shift for officers Donnelly and Russell as they stepped out into a downpour. An open receiving door led them inside the warehouse.

I felt like I needed to get to the action that comes at the end of the prologue quicker. To do that I needed to paint with limited strokes. It helped that I had a clear picture of the setting in my head. The warehouse would be really important later in the story, and I didn’t want to leave the layout up in the air.

In the end, I found a nice balance of description interspersed with dialogue that allowed me to carry reader momentum through the dark expanse of the warehouse to the mystery waiting out front. The key to finding that balance came in channeling personal experience, in essence grounding the setting in reality. You see, the building itself was an amalgam of two real-life industrial spaces.

The first was Cavity Masters, the tool and die shop my family owned in Franklin Park, IL. It was a big space. My dad used to store a payloader in the building when he wasn’t using it for side jobs like plowing snow. In the early 80s when work was scarce in the heating and air conditioning trade, he worked the pneumatic presses there.

It wasn’t a pleasant environment. The air was always thick with carbon dust. My grandfather died young because he stubbornly refused to wear a mask while working. In the shop, everything had a dirty, metallic stink to it.

My dad’s hands were stained black from his work there…even years later. I remember how the stippling of black, granular and barely visible on his arms, would coagulate and run off into the wash basin as he rinsed and scrubbed with Lava soap. There were also showers there and lockers for the employees to change out of their coveralls.

Interestingly, amid the industrial filth, there was a collage of centerfolds that covered the exterior wall of the front office. Fred Russell was distracted by the siren’s call of that tawdry display, just as I had been enraptured by it in prepubescence. It served as a nice grounding element mid-scene that helped establish a contrast of character. Russell was a bachelor taken with such displays; Patrick Donnelly was a family man.

The other building I borrowed heavily from was the District warehouse for Crown Books. That facility was a lot cleaner, clearly delineated in memory by the polished concrete floors and long aisles of tall steel racks that held both wrapped and partially consumed pallets of books. The fictional offices I describe were loosely inspired by the front of that building where the district headquarters were housed.

As it turns out, there’s a cameo in the first chapter by our warehouse driver Lonnie, who with a gap tooth smile and disarming chuckle used to ferry trucks—warehouse bins on wheels that full of book boxes—out to stores. But I’ll save his story for another time. It’s all inter-related in a way, personal history drawn into fiction to make the story real.